For the 24th consecutive year, on Halloween, a group of creative souls will bare their alter egos, (or their dark sides, or their shadows) to the world and parade them down one of Chicago’s hottest entertainment districts, North Halsted Street.

This parade has quickly gained its well-deserved reputation as one of the top ten Halloween celebrations in the USA (Fodors) having no equal in any other large American city.  The Northalsted Halloween Parade gives new meaning to Halloween’s temporary release of inhibitions.

This fiercely competitive show of creative, imaginative costumes is at once thought provoking, funny, stimulating, compelling, colorful, and always larger than life.  This year’s theme is “Magic”.  Hundreds of participants will compete for prizes in four categories: Scariest, Original, Group, Drag and Pet.

The ‘Magic Parade’ route begins at Belmont and Northalsted and travels up the street to Addison, where it turns around and ends at midpoint. Thousands of spectators line the streets as the parade participants and street performers promenade.

The Parade funnels into a big parking lot where the Awards Ceremony and After Party with a concert takes place. By 10PM, the street re-opens, and the party moves indoors to the surrounding restaurants and bars.

The Northalsted Halloween Parade is the largest Halloween celebration in Chicago, and yet every year it still manages to expand and evolve, more than earning it’s iconic reputation.

Northalsted Halloween Parade provides an opportunity to directly target this audience of 30,000 upscale, educated, GLBT adults between the ages of 25 and 54 in a relaxed, friendly environment. 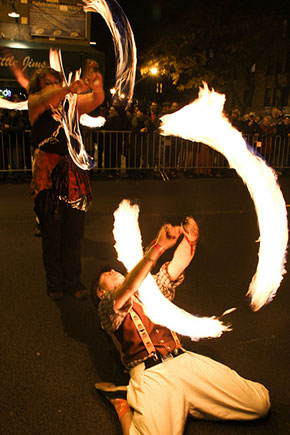 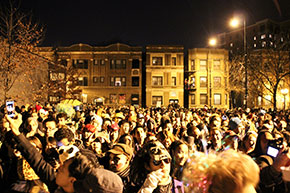 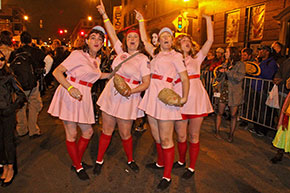 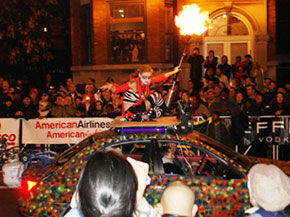 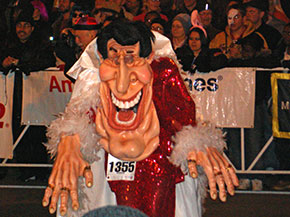 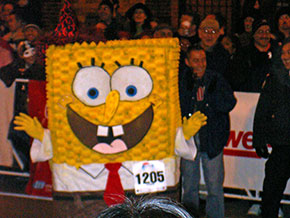 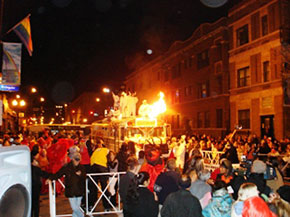